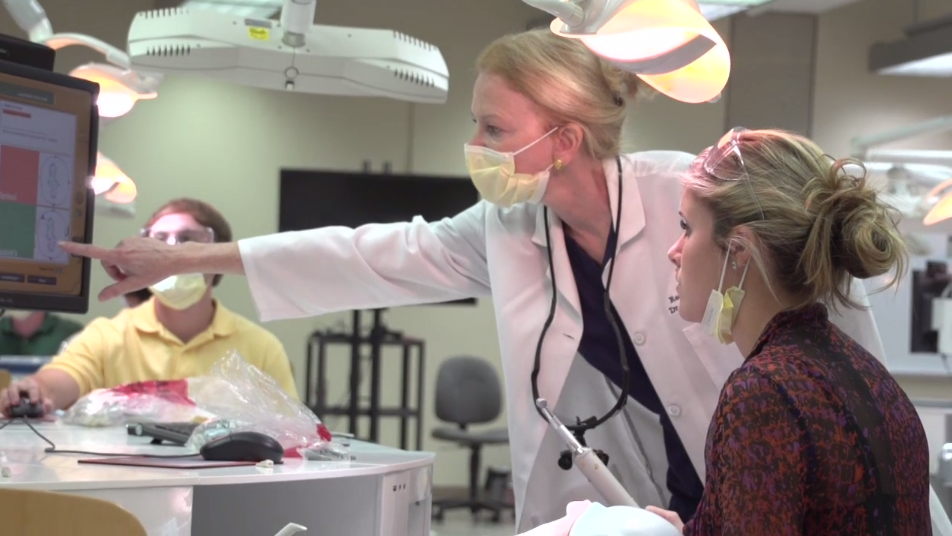 Jennifer was able to use DentSim with its evaluation system to complete procedures. Because DentSim has a built in evaluation system that provides real time feedback of the students’ work, Jennifer was able to evaluate her work whenever she felt that she needed guidance. After working on DentSim for a little while, Jennifer ascertained that she was not drilling to the optimal depth for the preparations. She was having to go back and deepen her preparation after completing the outline form. She was then creating additional errors during the deepening of the preparation that had to be corrected before completion. Additionally, having to correct the errors often resulted in the removal of excess tooth structure.

Jennifer used the DentSim evaluation system at least 20 times during a single preparation. Because of this, Jennifer was not only able to determine her mistakes, she was able to correct herself before she makes those mistakes in the future. Jennifer was able to use DentSim to learn proper technique, which saved her a great deal of time on any given procedure because she was completing the work properly the first time and no longer having to go back and cover up her mistakes. In addition, Jennifer reported that she had a greater understanding not only of what she was doing wrong, but of what she was required to do in the first place. She felt it gave her more confidence to complete her preparations and she actually spent more time working and evaluating herself than she did in the traditional preclinical lab. Additionally, Jennifer stated that she felt through her time in the DentSim course she began to evaluate her work more effectively due to the DentSim’s evaluation of her work.